eLearning strategies for the special ones

You may be thinking, “There seem to be too many disabilities for me to consider in my design! Are there specific ones covered under Section 508?” Section 508 simply refers to “people with disabilities.” Well, let’s first examine what a disability is considered to be. To find that answer, we need to turn to another law, the Americans with Disabilities Act (ADA).

While most of us may design e-Learning for learners who have more “visible” disabilities such as those who are blind, deaf, or have mobility challenges, do any of us design for the more “hidden disabilities” such as Autism, Attention Deficit Disorder, Dyslexia, or Sensory Integration Dysfunction? Perhaps some of us do, depending on our experiences, but perhaps some of us wouldn’t know where to begin.

The below sections will tell you about more common hidden disabilities, describe characteristics of these disabilities, and then discuss techniques we incorporate into your projects in order to better meet these hidden needs. You may find that you are already implementing numerous techniques, but by reading this information you will be able to state specifically how you are addressing the needs of those with hidden disabilities.

ADA prohibits discrimination and ensures equal opportunity for persons with disabilities in employment, state and local government services, public accommodations, commercial facilities, and transportation. ADA states that a disabled individual is a person who meets at least one of the following tests:

Note: Those impairments may be physiological, psychological, or mental. So, in essence, the law considers a disability to be any one of a long list of items as long as the above criteria are met. Unfortunately, this definition does little to narrow down the list of disabilities we should design for, but don’t get discouraged! Read on and you may be surprised by what is revealed!

Auditory Perpetual Deficit
This means that a person has difficulty receiving accurate information through auditory means, even though there is not a problem with their hearing.

Autism
Autism is a complex developmental disability, and affects each person differently and in varying degrees, as it is a spectrum disorder.

Depression
Depression is one of the most common and most serious mental disorders.

Sensory Integration Dysfunction
It is a neurological disorder. This disorder refers to a person’s ability to register and process information from their five commonly known senses (vision, auditory, touch, olfaction, and taste) plus their sense of movement and their positional sense.

Multiple Sclerosis
MS is a chronic disease of the central nervous system that causes destruction of a protein that forms a protective coating around the nerve cells.

Still confused! How we identify and implement these Design techniques

Difficulties in verbal and non-verbal communication and social interactions, may process and respond to information in unique ways, display uneven gross or fine motor skills, and may be non-responsive to verbal cues.

Do you have a project to be discussed, we are available 24×7. 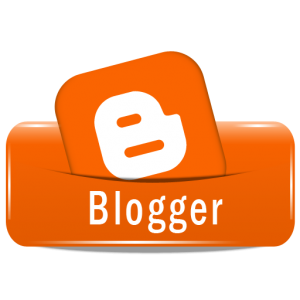 Thank you for your message!

Our representative will connect with you shortly.

Message Us on WhatsApp